Recall the data on \(\phi\)- and \(\psi\)-angles in polypeptide backbone structures, as considered in Section 1.1.1. 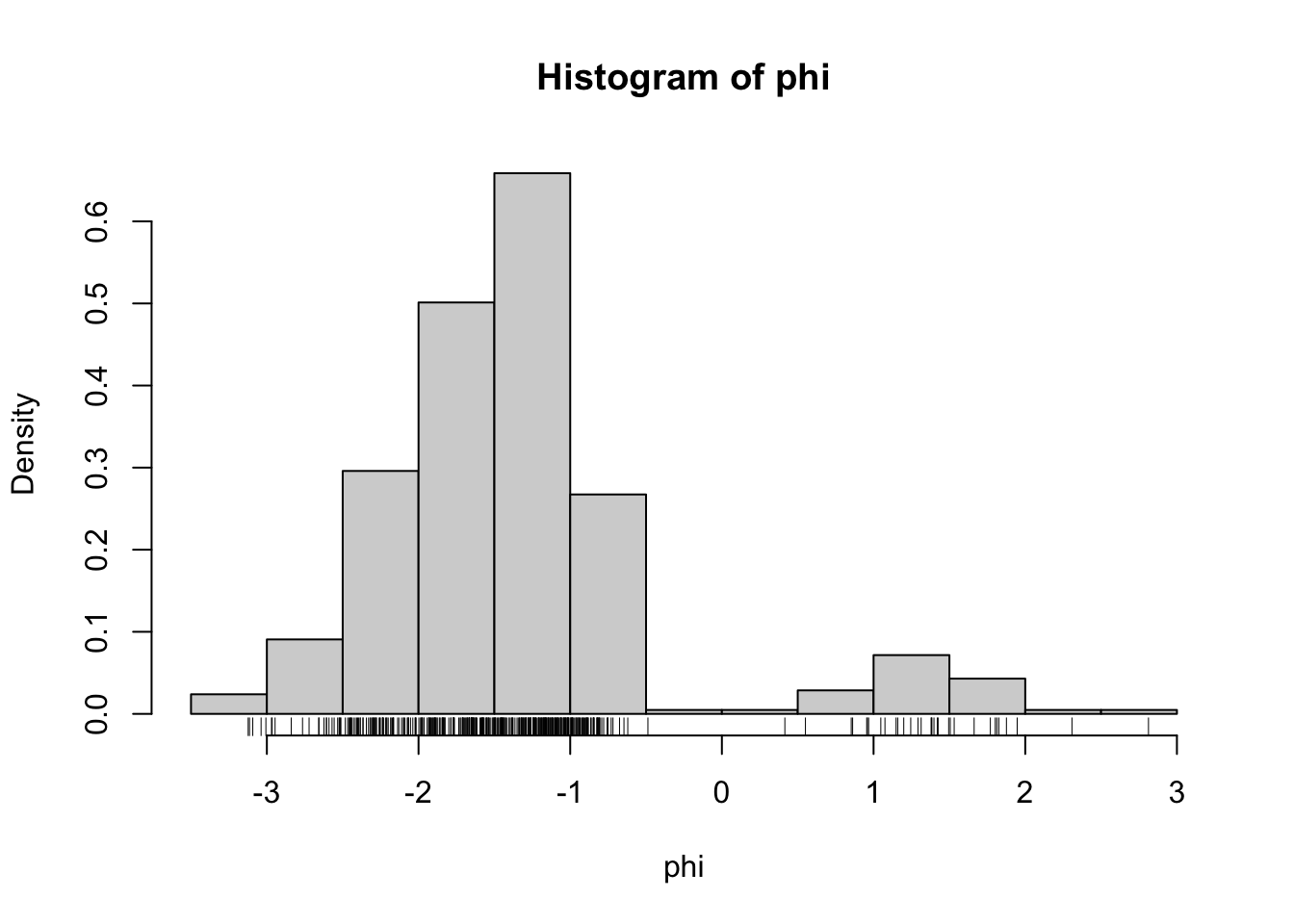 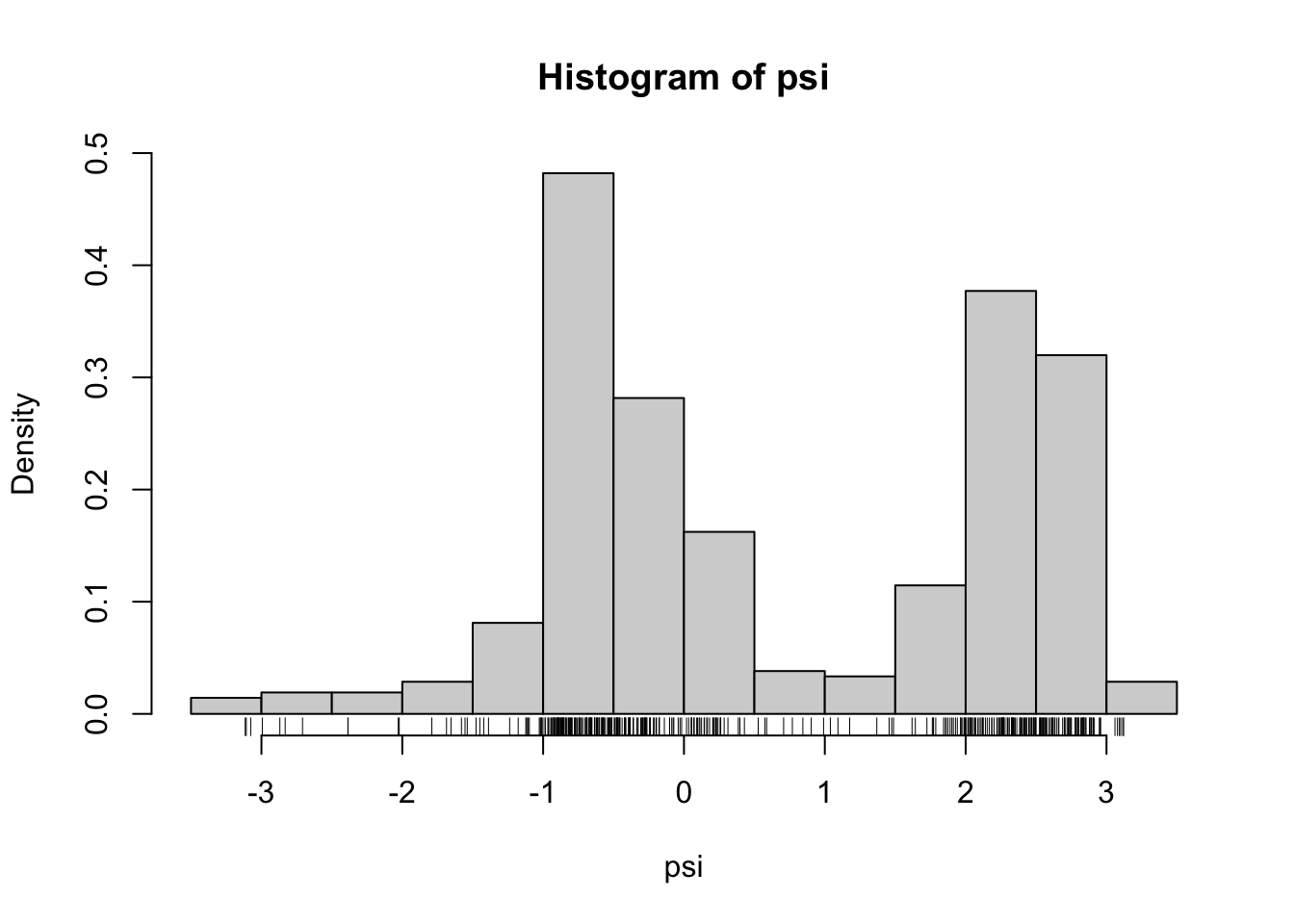 Figure 2.1: Histograms equipped with a rug plot of the distribution of \(\phi\)-angles (left) and \(\psi\)-angles (right) of the peptide planes in the protein human protein 1HMP.

We will in this section treat methods for smooth density estimation for univariate data such as data on either the \(\phi\)- or the \(\psi\)-angle.

We let \(f_0\) denote the unknown density that we want to estimate. That is, we imagine that the data points \(x_1, \ldots, x_n\) are all observations drawn from the probability measure with density \(f_0\) w.r.t. Lebesgue measure on \(\mathbb{R}\). 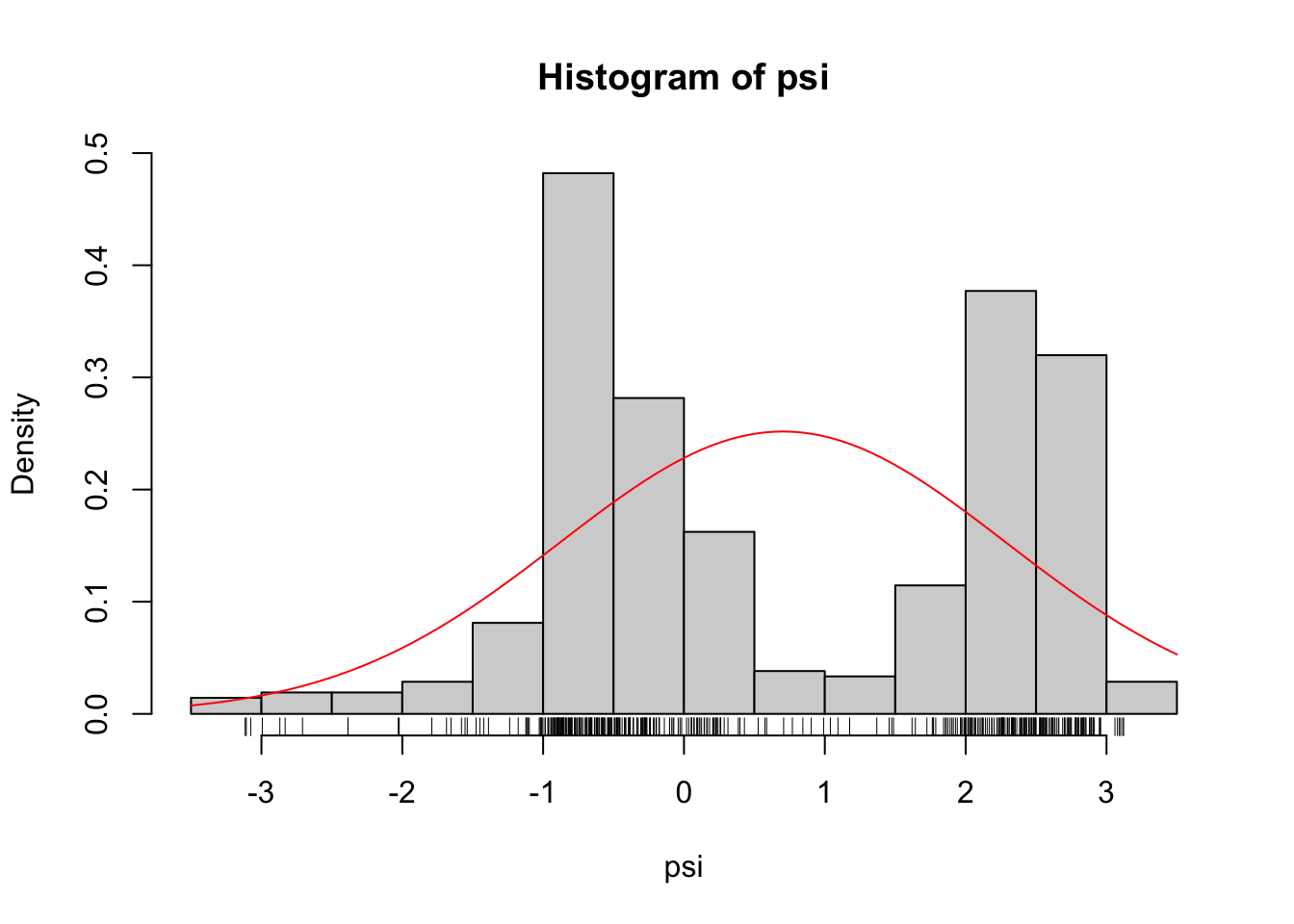 In nonparametric density estimating we want to estimate the target density, \(f_0\), without assuming that it belongs to a particular parametrized family of densities.