The Nadaraya–Watson kernel smoother can be implemented in much the same way as the kernel density estimator, and the run time will inevitably scale like \(O(n^2)\) unless we exploit special properties of the kernel or use approximation techniques such as binning. In this section we will focus on implementing bandwidth selection rather than the kernel smoother itself. The basic kernel smoothing computation is also implemented in the ksmooth function from the stats package. 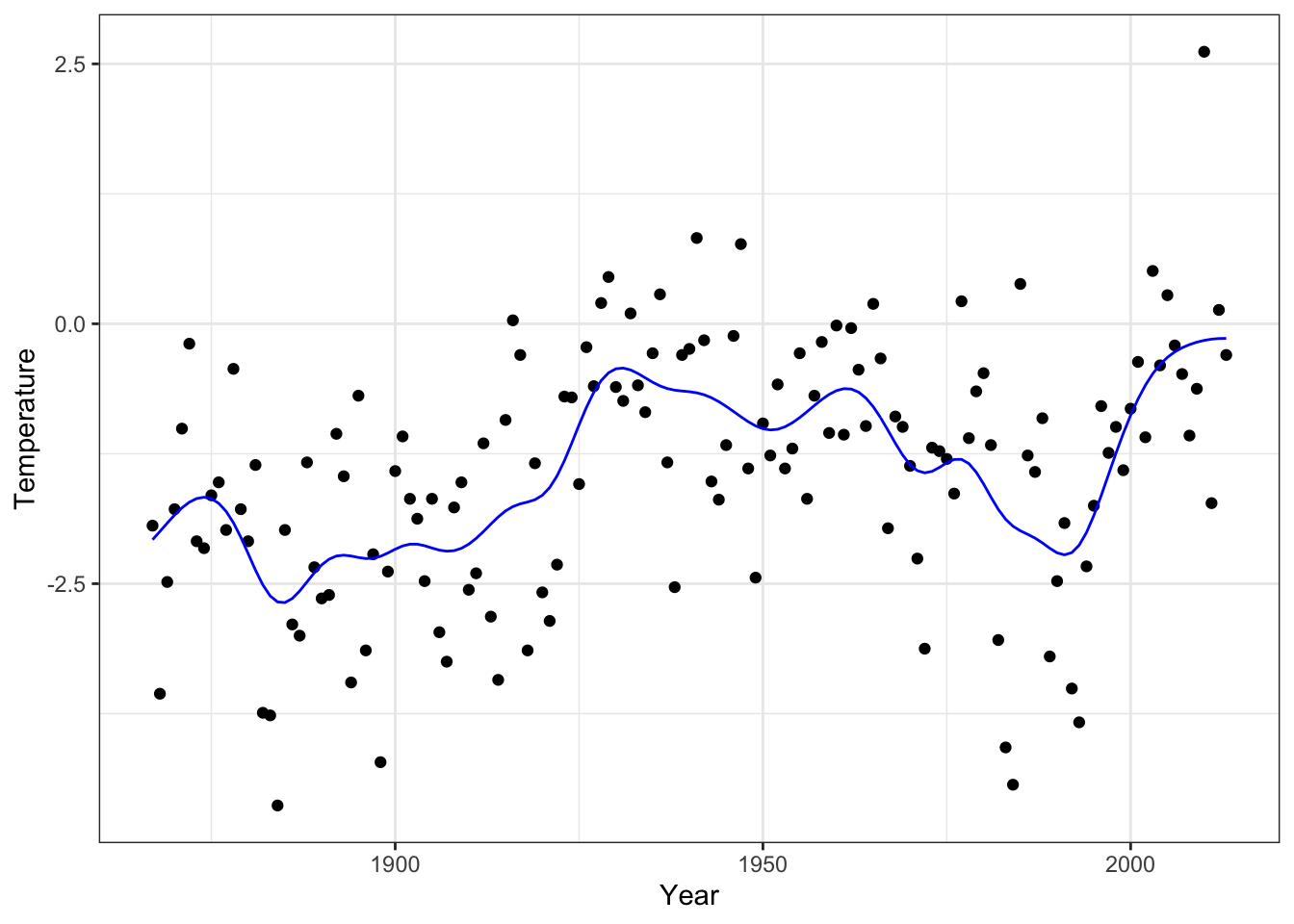 Figure 3.6: Nadaraya–Watson kernel smoother of the annual average temperature in Nuuk computed using ksmooth with the Gaussian kernel and bandwidth 10. 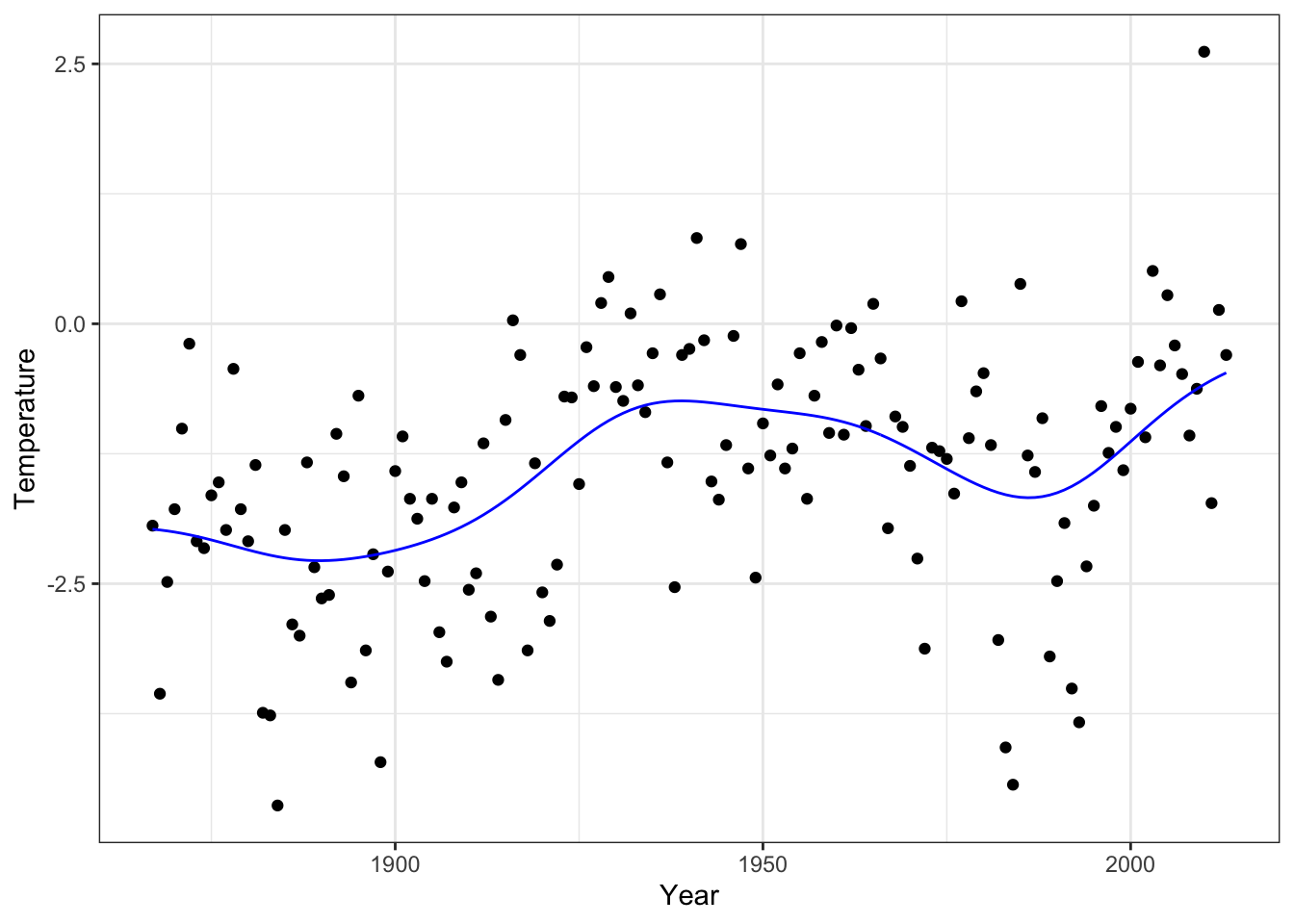 Figure 3.7: Nadaraya–Watson kernel smoother of the annual average temperature in Nuuk computed using the smoother matrix and the Gaussian kernel with bandwidth 10.

The implementation above will work with any kernel and any sequence of \(x\)-s. In this example, the kernel is symmetric and the \(x\)-s are equidistant. Exercise 3.2 explores how to exploit this in the computation of the smoother matrix as well as the diagonal elements of the smoother matrix.

The smoother computed using ksmooth with bandwidth 10, as shown in Figure 3.6, is different from the smoother computed directly from the smoother matrix, see Figure 3.7. Though both computations use the Gaussian kernel and allegedly a bandwidth of 10, the resulting smoothers differ because ksmooth internally rescales the bandwidth. The rescaling amounts to multiplying \(h\) by the factor 0.3706506, which will make the kernel have quartiles in \(\pm 0.25 h\) (see also ?ksmooth).

The LOOCV computation is implemented as a function that computes the smoother matrix and the corresponding LOOCV value as a function of the bandwidth. For comparison with previous implementations the mean is computed instead of the sum. 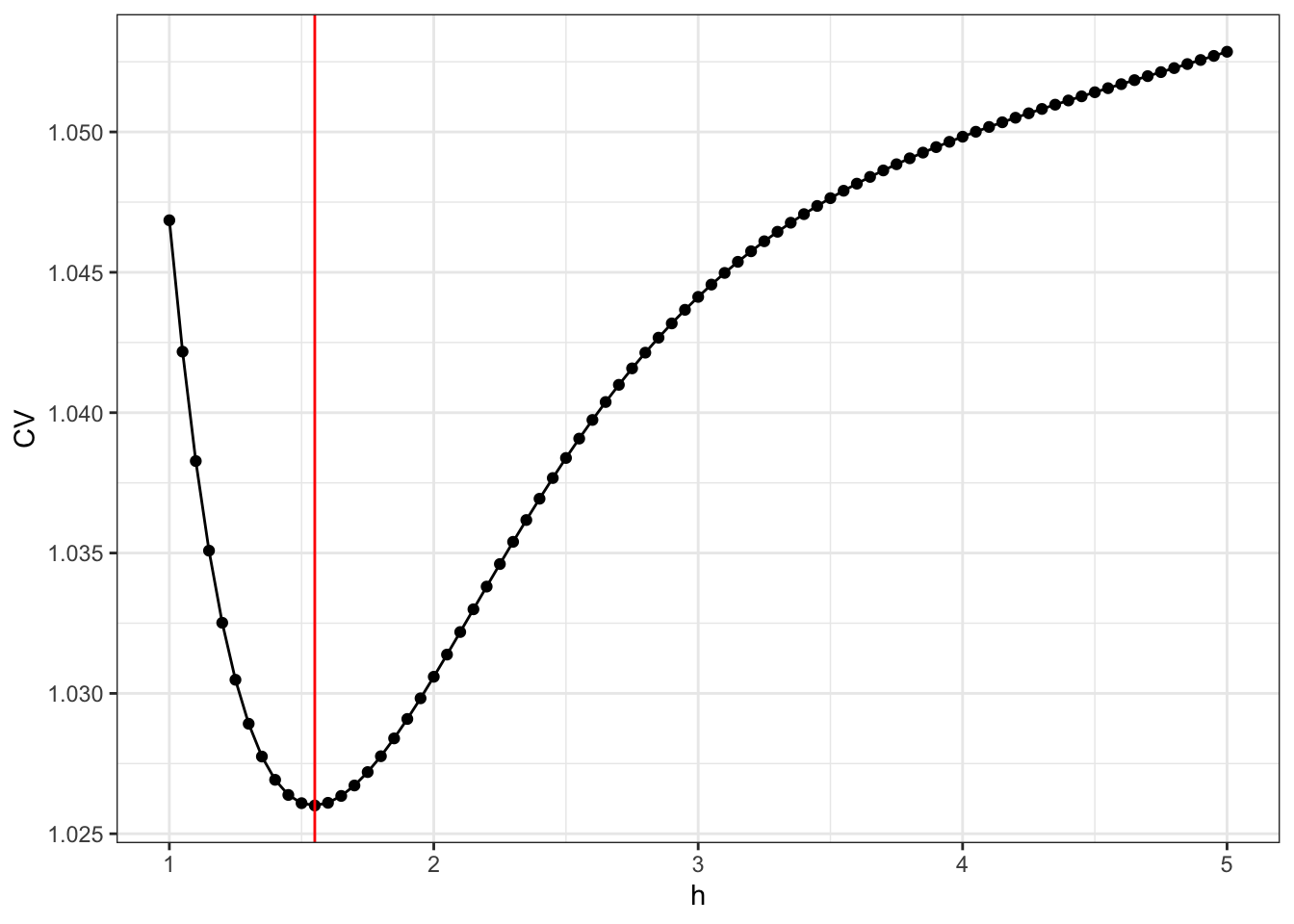 Figure 3.8: The leave-one-out cross-validation criterion for the kernel smoother using the Gaussian kernel as a function of the bandwidth \(h\).

The optimal bandwith is 1.55. We compute the resulting optimal smoother and compare it to the smoother computed using ksmooth.

The differences are of the order \(10^{-5}\), which is small but larger than can be explained by rounding errors alone. In fact, ksmooth truncates the tails of the Gaussian kernel to 0 beyond \(4h\). This is where the kernel becomes less than \(0.000335 \times K(0) = 0.000134\), which for practical purposes effectively equals zero. The truncation explains the relatively large differences between the two results that should otherwise be equivalent. It is an example where the approximate solution computed by ksmooth is acceptable because it substantially reduces the run time. 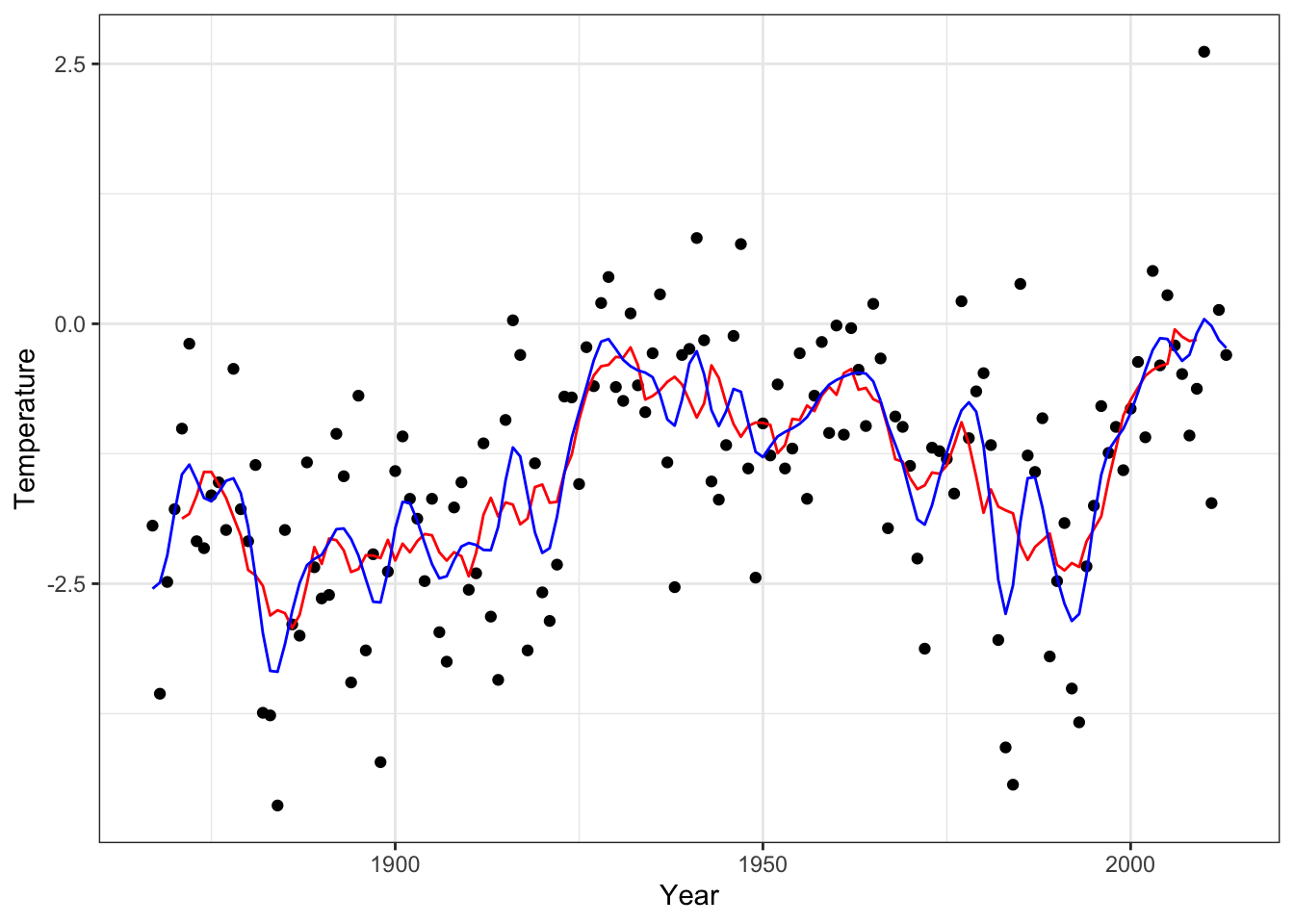 Figure 3.9 shows the optimal kernel smoother, which is actually somewhat wiggly. It is locally more smooth than the \(k\)-nearest neighbor smoother but overall comparable to this smoother with \(k = 9\).